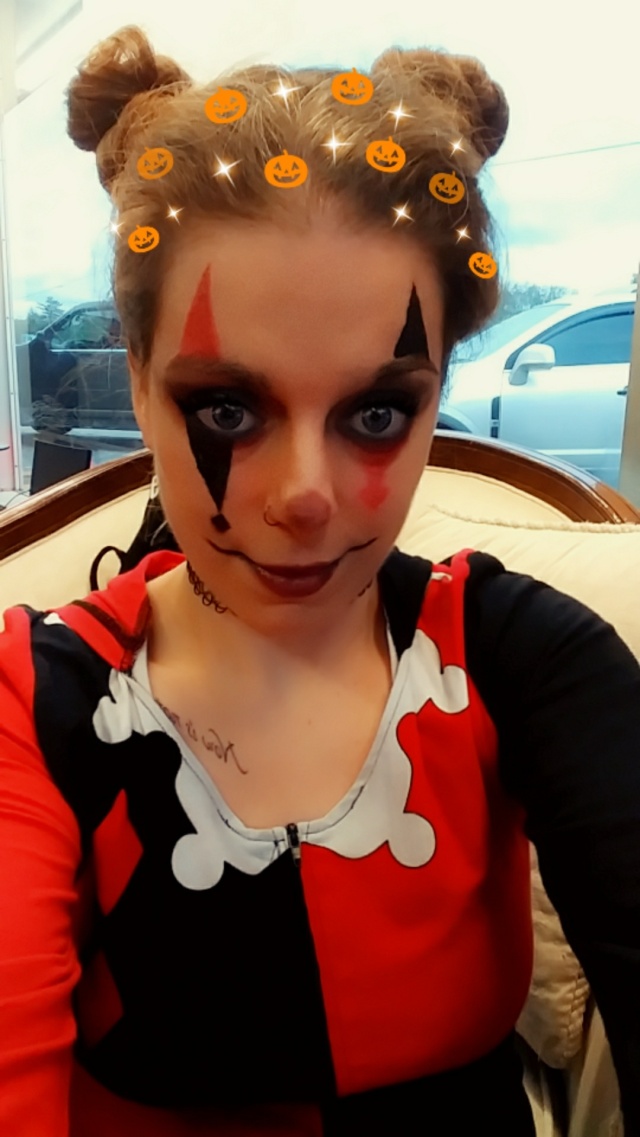 I was Harley Quinn. Overdone, I know, but I already had the costume and I was lazy this year. Ha! My best friend did my makeup. 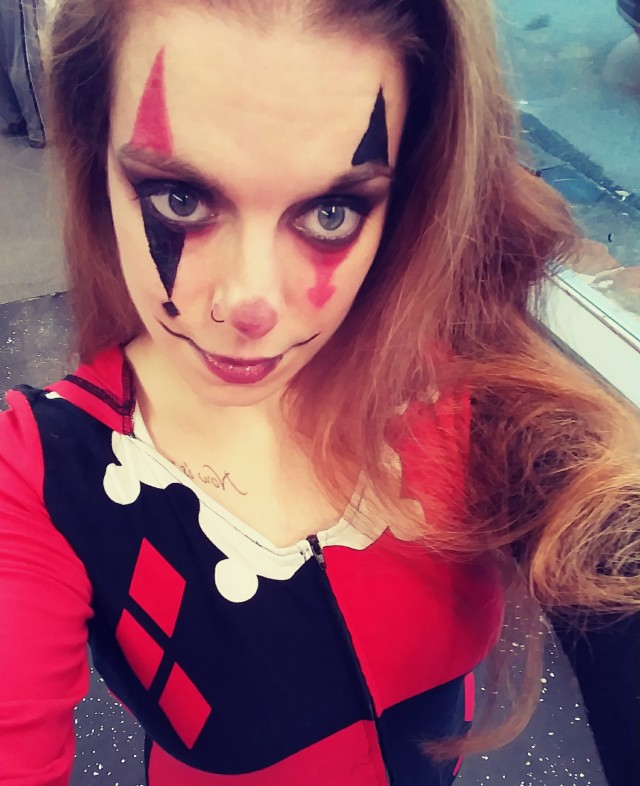 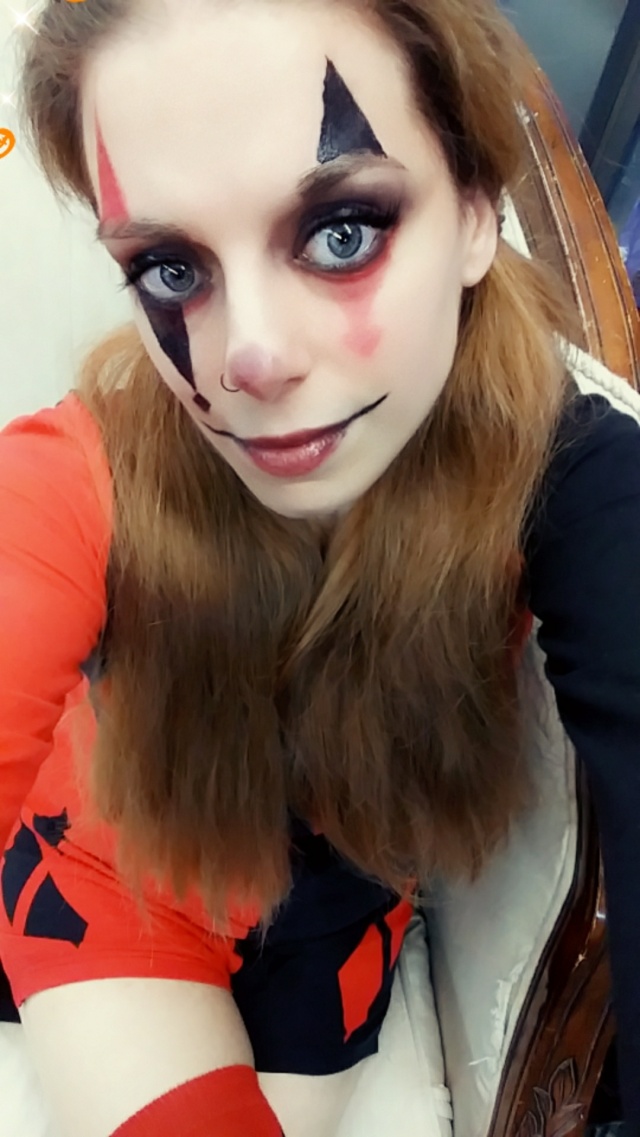 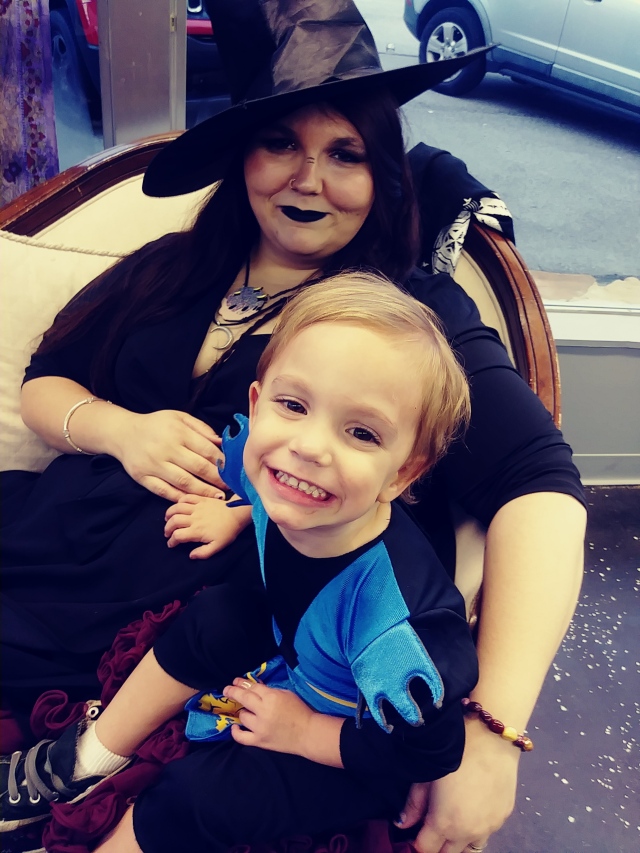 The bestie and her son/my nephew, Alex. He was Sub-Zero. 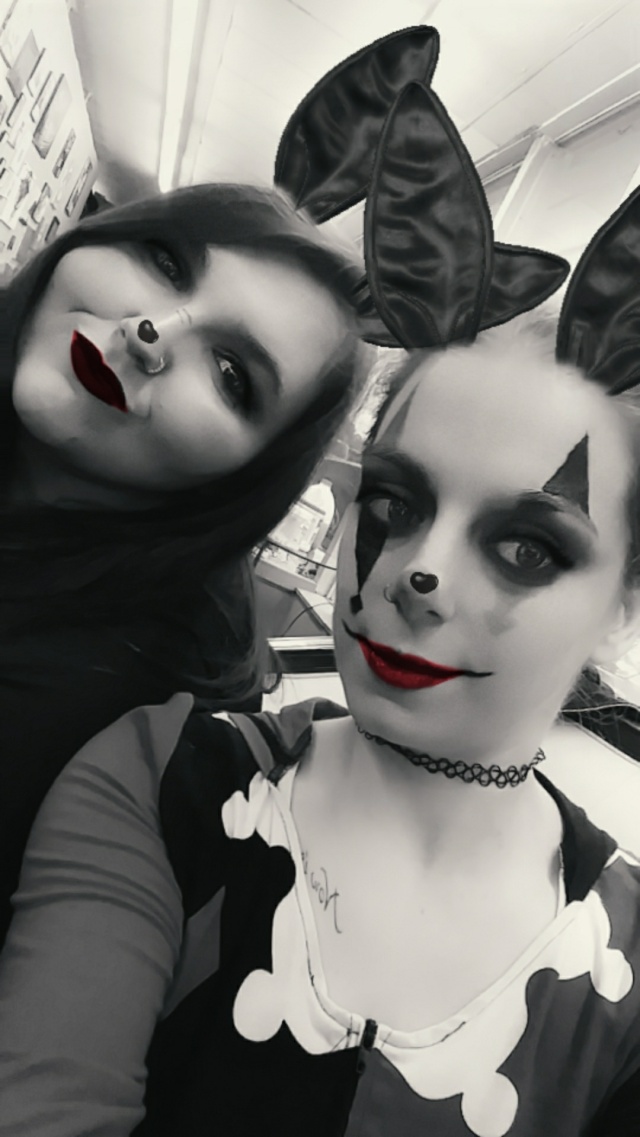 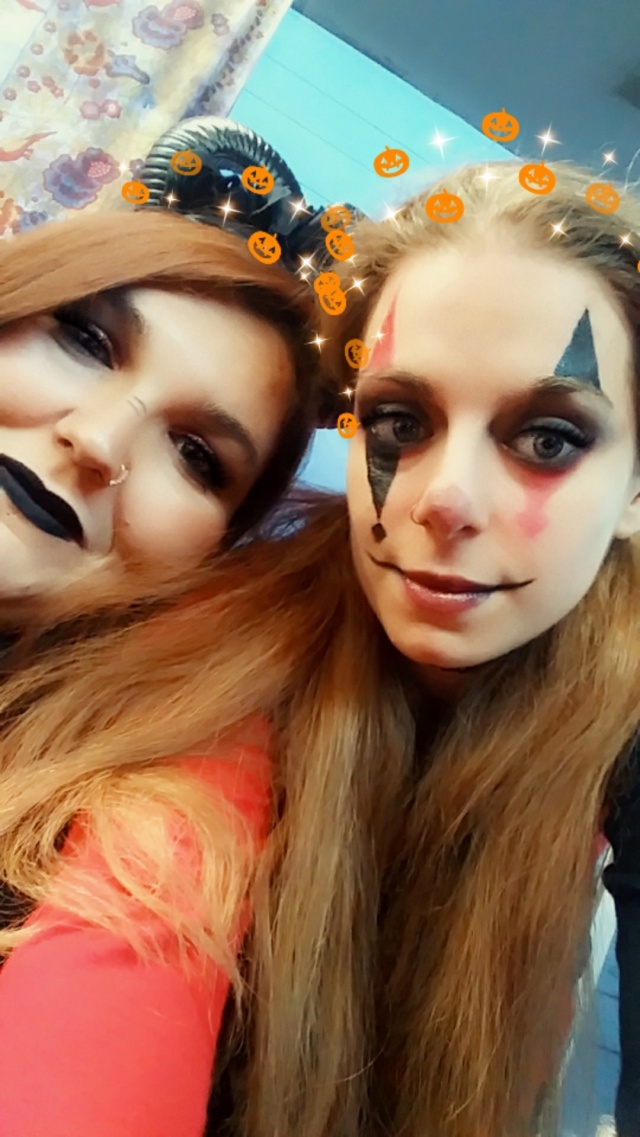 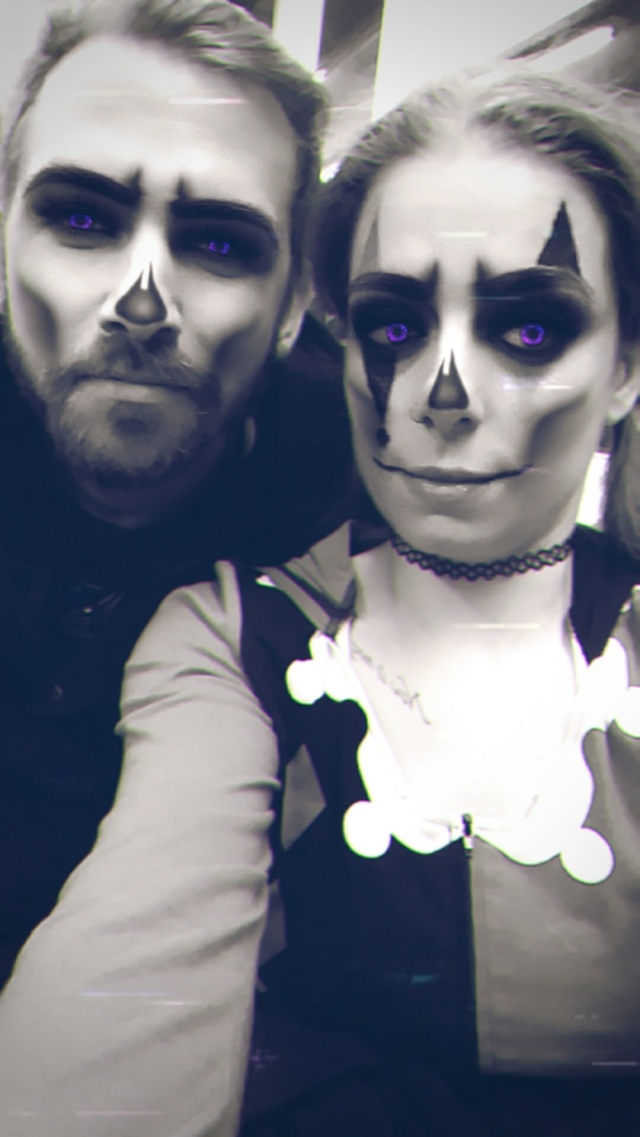 Tiff’s husband, aka my “husband-in-law” 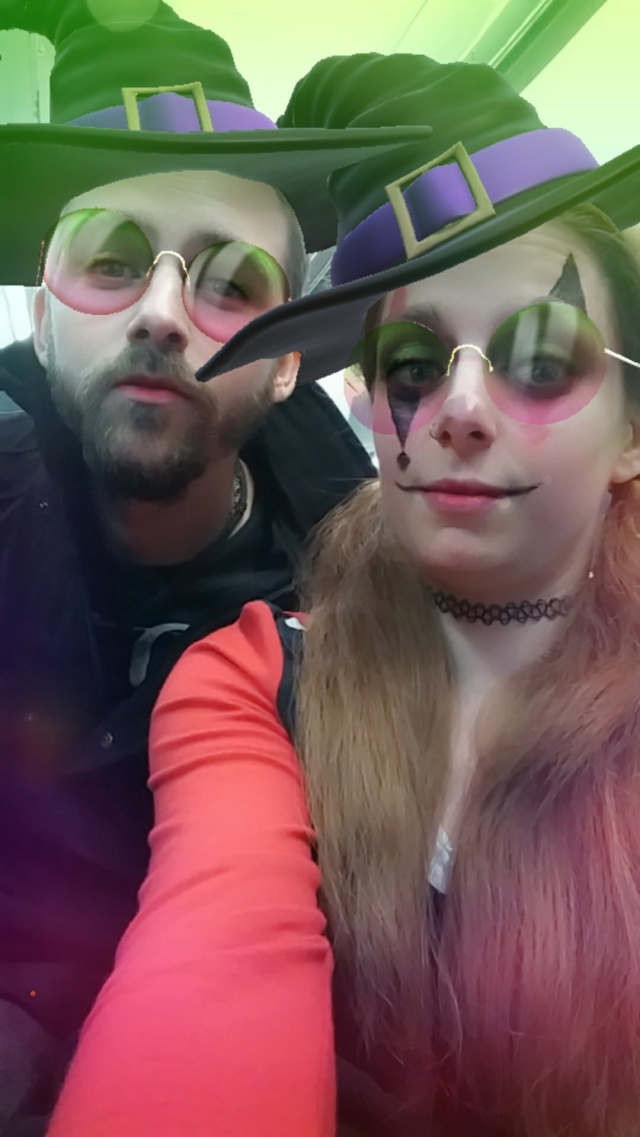 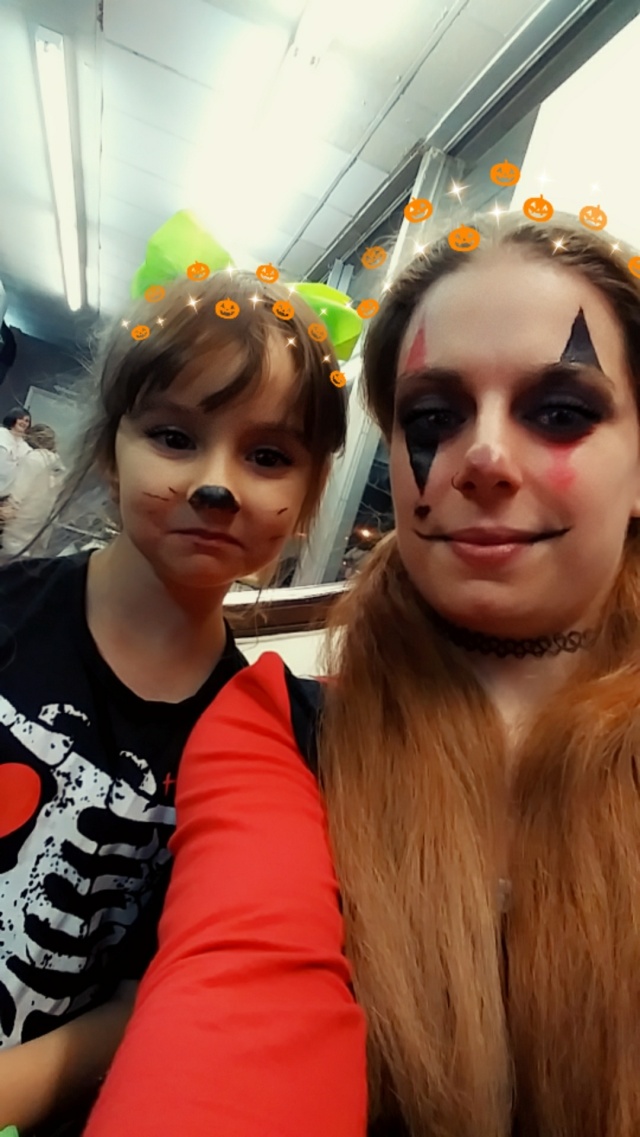 Tiff’s daughter/my niece, Ivy. She was a dead kitty. 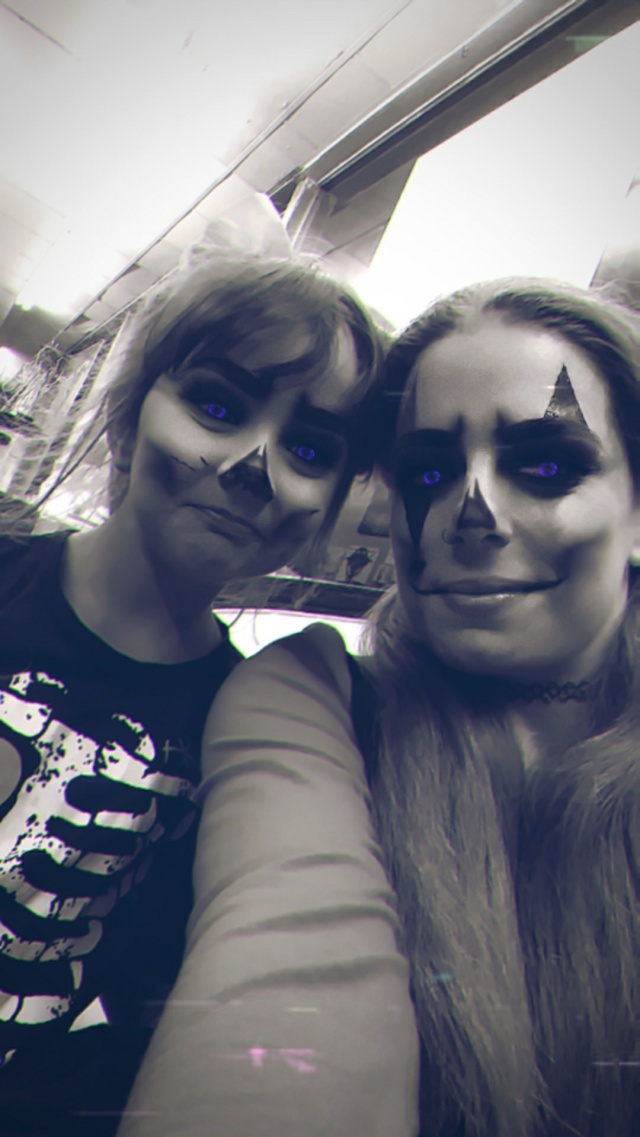 And I end my list with none other than Wednesday 13, an artist who seems to eat, sleep, and breathe all things horror and Halloween.

Have you ever stopped to think about how many artists have written about vampires over the years? I’m sure there’s a case to be made for other supernatural creatures, but vampires are my favorite, so I’m gonna feature them.

Note: This list is in no particular order and doesn’t even begin to skim the surface of its subject matter.

1. Die Krupps: “The Vampire Strikes Back”

Fun fact – This track was listed as a Rammstein song entitled “Vampire” years ago, and many people still believe it’s them.

How could I not include Atreyu? They did an entire album centered around vampires!

This may be my favorite on the list. David Draiman’s voice is so ridiculously sexy, and he fits the whole eerie vampy vibe very well.

I was first introduced to this song when my best friends and I watched The Houses October Built. The earliest mention of it that I could find was from the Elvira Presents collection in 1988.

As if you didn’t know Type O Negative would make the list!

Note: I know this song was originally released as a single in 1984, but the earliest mention of it on an actual record is the aforementioned Twelve Inch Singles. And no, the track is not specifically about the day of Halloween… For many people, however, Halloween is a lifestyle, so it still fits the bill.

Marilyn Manson — “This is Halloween,” from the album/soundtrack Nightmare Revisited (2008).

How could I not start the week off with this classic? I chose Manson’s version, as it’s my favorite, but here are two alternates you might enjoy!

Panic! at the Disco

Wednesday 13 and horror go hand in hand. From his days with Maniac Spider Trash, all the way to 2019 and his current band, Wednesday’s subject matter — both lyrically and visually — is always an ode to the macabre.

For this list, I am going to stick to videos from his later days as front man of the band bearing his stage name. Choosing only five was difficult, but here are my picks.

Though it is not a horror-themed video, I had to include this one. I love this song, and I love videos that show live footage and behind-the-scenes clips.

It’s October, which means spooky season, my favorite time of the year! I would have done a lot of horror/Halloween-themed posts if everything hadn’t been so hectic. But alas, that’s life.

With that being said, there are still seven days left until the month’s end, so I have time to get some of my Spooktober ideas uploaded.

My first special post for October is a Top Five list featuring music videos based on horror movies! Over the years, several artists have paid homage to their favorite scary film. The trend is most prevalent in the rock and metal genres, which is appropriate, don’t you think?

And here we go! (These are in no particular order.)

1. “The Kill” – Thirty Seconds to Mars // Based on Stanley Kubrick’s The Shining

3. “Engel” – Rammstein // Based on the snake dance scene in From Dusk Till Dawn

4. “Living Dead Girl” – Rob Zombie // Based on the 1920 silent horror film The Cabinet of Dr. Caligari, with a nod to White Zombie as well

5. “Hell in the Hallways” – Ice Nine Kills // Based on the film adaptation of Stephen King’s Carrie