I love this guy! 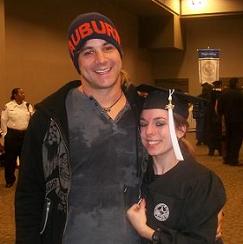 Well…things are not great for me and haven’t been for a while. My two favorite local bands, Lynam and Almost Kings, are going through some changes.

In Lynam’s case, vocalist/guitarist Jacob Bunton has moved to LA and is working with Adler, as well as other artists. Drummer David Lynam and bassist Mark Dzier have formed a cover band called Danger City. I’m not sure what this means for Lynam, though I have my guesses.

Almost Kings, on the other hand, lost bassist Danny Helms months ago. The band announced a search for a new bass player. I know they had a guy filling in, but I don’t know if he was the permanent replacement. A couple of weeks ago, drummer Kevin Compton said he was leaving too. Sooo… 😦 They will continue; I just wonder what’s next. It will definitely be different.